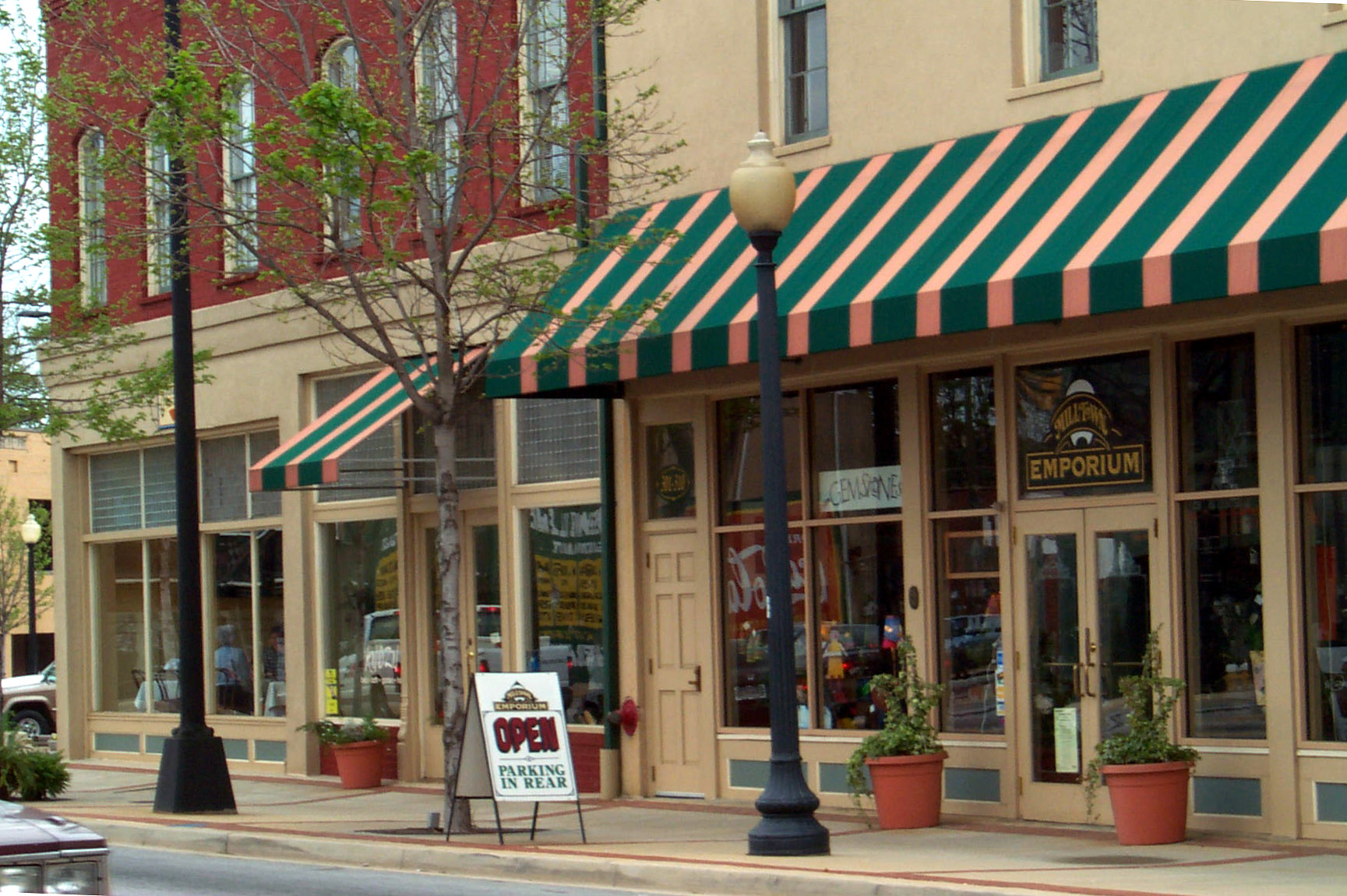 Established as a historic district in 1993, the West End of Greenville has a long and interesting history. Although settlement in the area (near the intersection of Main, Pendleton and Augusta Streets) began as early as the 1830's, the real impetus for growth of the West End resulted from two events occurring in the 1850s. Furman University was established in 1852 on fifty acres of land in the West End, where it expanded and remained until 1958; and the first train on the Greenville and Columbia Railroad arrived in the West End in 1853. These factors led to both residential and commercial development of the area.

The University attracted professors and students. Soon a residential and commercial areas began to develop to serve their needs. Commercial development accelerated during the period after the Civil War when phosphate and guano fertilizers made it profitable for upcountry farmers to grow cotton. Cotton and fertilizer warehouses sprang up throughout the area, as did other commercial activities that supported the farmers from throughout the region. By the turn of the century, the West End was a thriving commercial district, second in importance only to Greenville's downtown. As the residential development increased, schools and churches followed. Chicora College for women was established in 1893 on an elevated site overlooking the river.

The first three decades of the 20th century brought a number of changes to the West End. Textile mills began to be located outside the central city and the earlier mills along the Reedy River experienced difficult financial conditions from 1895-1910. Chicora College moved from Greenville to Columbia in 1915 and its buildings burned in 1919. Commercial activity in the area shifted from cotton to soft drink manufacturing and bottling, and the introduction of the automobile led to the construction of auto agencies and repair shops. New office and commercial buildings were constructed during this period as well to serve what was still a very vital commercial and residential area.