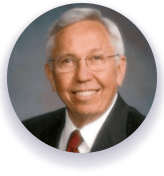 Dick O’Neill is a retired U.S. Army colonel with over 40 years of logistics experience spanning the globe from Vietnam to Iran. He served as the director of logistics for the U.S. Military District of Washington and was responsible for military transit services in the greater Washington, DC area. During his tenure, Dick managed a fleet of over 700 vehicles in support of President Reagan’s second inaugural activities.

Dick has been actively involved with Greenlink since learning about the system through Furman University’s OLLI Senior Leaders Greenville program in 2015. In 2017, he served on Greenlink’s Comprehensive Operations Analysis Steering Committee.

Dick has served as president of the Ridgeland at the Park Condominium Regime Board for the past five years. He holds an MBA in finance and marketing from the University of Illinois and is a graduate of the U.S. Army Command and General Staff College, the Industrial College of the Armed Forces and the Defense Systems Management College. 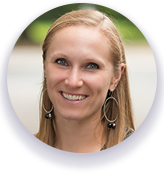 Amanda Warren is the Associate Director of Integrated Services for United Ministries, a long-standing nonprofit agency that serves and empowers those on the transformative journey to self-sufficiency.  Amanda leads the team that works directly with program participants and collaborating with numerous nonprofits, businesses, government entities and faith-based groups to tackle issues that impact our community.

A former college soccer player, Amanda serves as an academy soccer coach for the United FC Furman Soccer Club.  She also volunteers in various coordinator and committee capacities at her church and her children’s school and is a past president of her neighborhood’s homeowners’ association.

Amanda graduated from Furman University with a bachelor’s degree in music education and spent several years teaching in a Title I school before making the change to nonprofit work. She was a member of Leadership Greenville Class 44 and and first began advocating for public transit alongside several of her Leadership Greenville classmates. 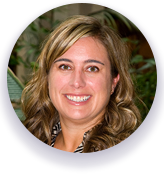 Addy Matney is the senior executive consultant/vice president of community relations for TM Public Relations, and works with non-profits and community groups to strengthen capacity through strategic planning, board development and organizational assessment. Active in numerous non-profit organizations, Addy was chair of The Children's Museum of the Upstate board of directors from 2014 to 2015, and continues to serve on the board as past chair. She was also the 2015 chair of the Piedmont Health Foundation's board of directors and a member of the Transportation Study Task Force. In the past, she served the community working with Pendleton Place for Children and Families, the Circle of The Children's Museum and the Junior League of Greenville, and was a member of the Finance and Worship committees at Mauldin United Methodist Church. Addy graduated with honors from Clemson University with bachelor's degrees in political science and English. 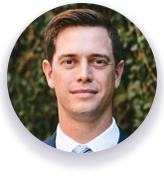 George Campbell is a founding partner of Campbell Teague, a litigation and corporate law firm with focus areas in business litigation, white collar criminal defense, corporate restructures and private equity transactions. Prior to founding the firm, George served as market president for Palmetto Trust, overseeing the acquisition and restructure of the Palmetto Bank trust department by Thomasville National Bank. From 2008 to 2013, George served as assistant solicitor for the S.C. Thirteenth Judicial Circuit, where he was a member of the white collar team and the Federal Financial Crimes Task Force. He resolved over 2,000 felony cases and won over two dozen convictions at jury trial for the State, including three that resulted in sentences of life without parole.

George is a member of the Haynesworth Perry Inn of Court and serves on the Law School Alumni Council for the University of Georgia. He is also the president of Broad Street Group, a private investment firm founded in 2002, and is actively involved in the oversight of the firm’s energy and healthcare companies.

George earned a bachelor’s degree in Spanish from Furman University and obtained his law degree from the University of Georgia School of Law, where he was the inaugural Blackstock Scholar and chairman of the Moot Court Executive Board. 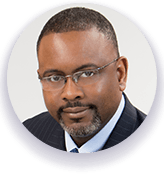 David Mitchell is the founder of Talent Management Solutions, a full service recruiting, professional executive placement and consulting firm, and member of the Greenville Chamber's inaugural Minority Business Accelerator Program. His community and civic involvement includes serving as the past chair of the GTA board of directors, former chair of the Greenville Housing Authority board of commissioners, chair and board member of the Friends of Richland Cemetery and former regional membership chair for Omega Psi Phi Fraternity, Inc.

David currently serves on the Greenville Chamber's Inno-Venture Prism Minority, Small Business Awards and Small Business Diversity committees. He is a graduate of Leadership Greenville Class 36 and continues to work with Leadership Greenville programs as the current chair and as a member of the selection committee. Additionally, David recently served as chair of the Greenville County Democratic Party and attends Mount Emmanuel Missionary Baptist Church, where he is the church clerk and chair of the Trustee Ministry. 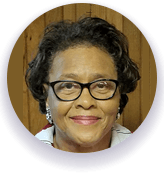 Inez’s professional experience includes an 18-year career in higher education, working in student financial aid offices at various colleges. After leaving higher education, she became an educator, opening a small private school offering preschool through sixth grade in Decatur, Georgia. Most recently she served as a tutor for the Greenville Literacy Association. Inez received a bachelor’s degree from Carver Bible College in Atlanta, Georgia; a Master of Arts degree from Luther Rice Seminary in Lithonia, Georgia and a Master of Education degree from Liberty University. 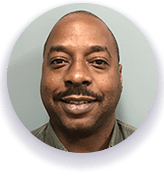 Darren is also president of the Staunton Bridge Neighborhood Association and is an active member of Bethlehem United Methodist Church. In his spare time, Darren trains American Saddlebred show horses. Darren received a bachelor's degree in business operations from DeVry Institute of Technology in Atlanta, GA.